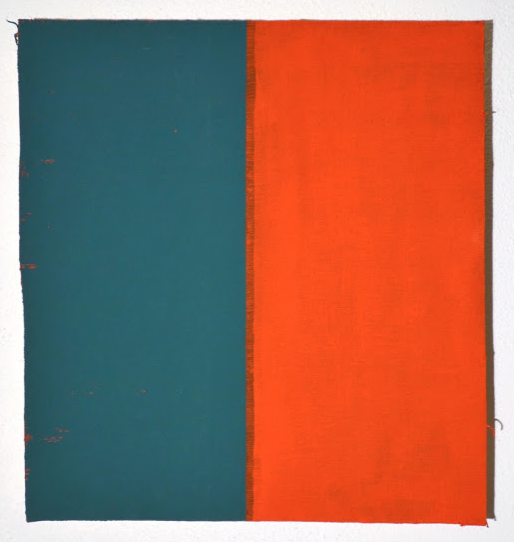 I work in different modes simultaneously, which is a reflection of how I interface with an art history that is so vast and rich. A range of materials are used as reason contends with feeling about the matter, and the pieces that result are the outcome of searching, thinking, and making. In some of my paintings, I’m using the formal basics of composition and color on the standard picture plane—a canvas in the shape of a square or rectangle. With these, I’m composing simple exercises which serve as anecdotes in a visual conversation about painting itself. With other pieces, I’m making a necessary departure from the picture plane, giving myself the freedom to work as I feel—not how I “should,” and using the visual equivalent of the word “ain’t” to create my own laid-back dialect of work. No matter which mode I work in, I find myself immersed in the visual vocabularies of cultural and artistic history—searching, thinking, and making all over again.

Michael Rutherford is the creator and editor of Painter'sBread and its companion site, Postmodern Toaster He was born and raised in Iowa and was introduced to art while working as a guard at the Modern Art Museum of Fort Worth. In 1999, he graduated from Buena Vista University with a Bachelor of Arts Degree. His work consists of paintings and experimental canvas pieces, and his guiding thought is that he's involved in a conversation about painting, using the visual equivalent of the word “ain’t” to create his own casual dialect of work.