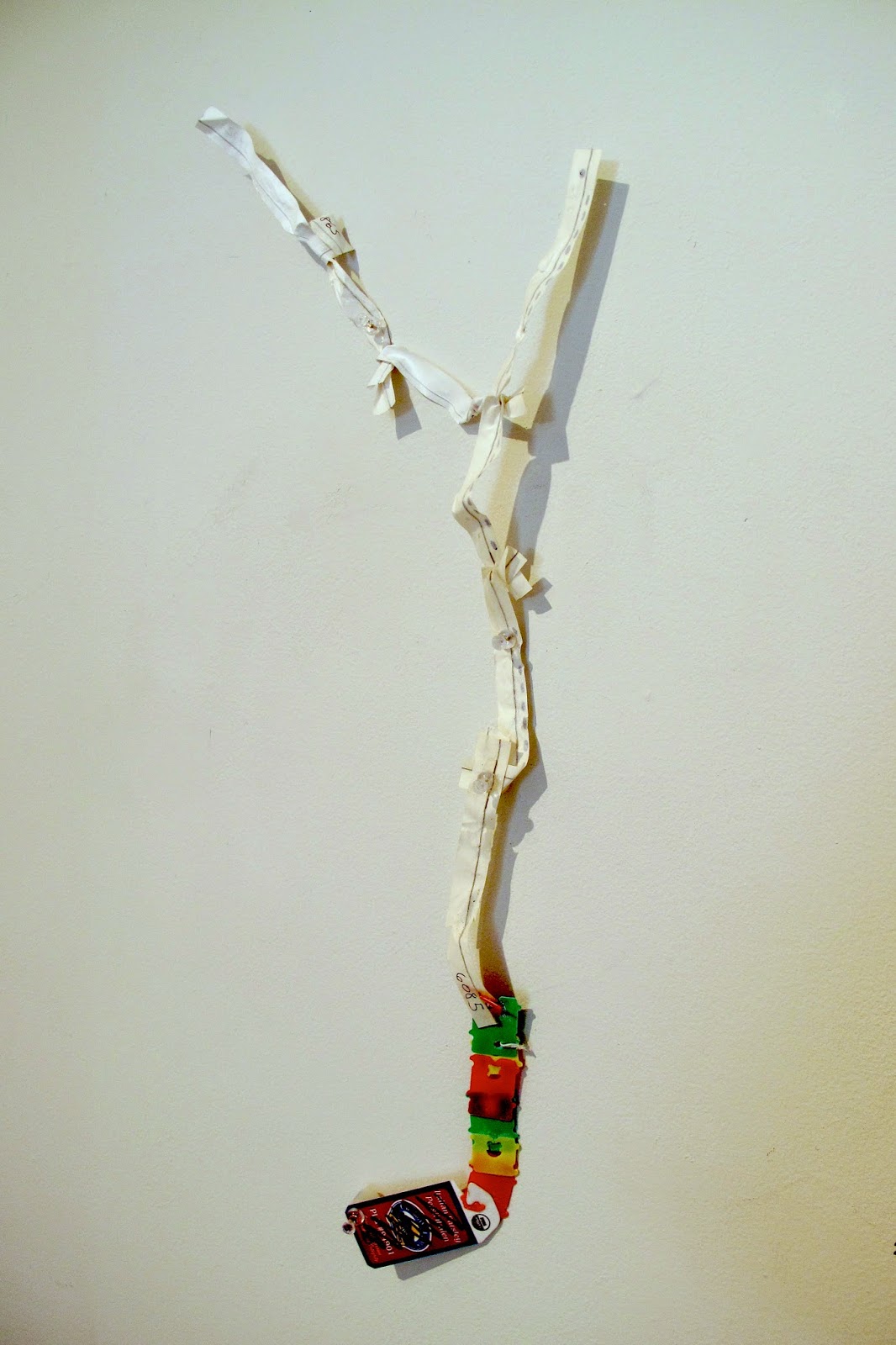 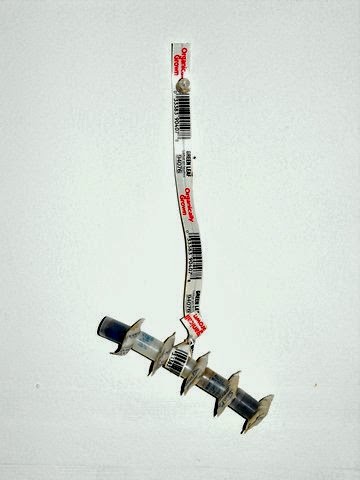 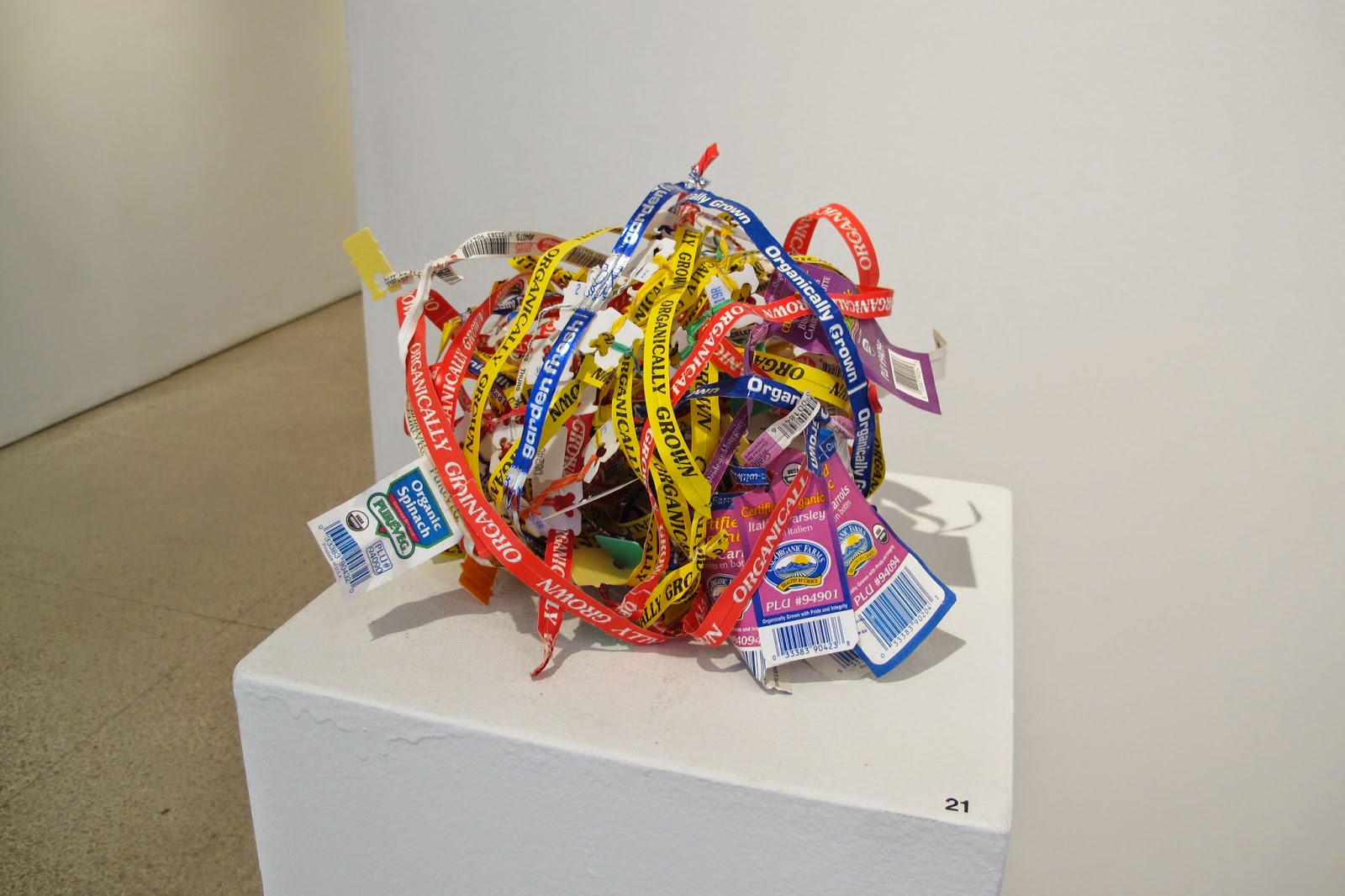 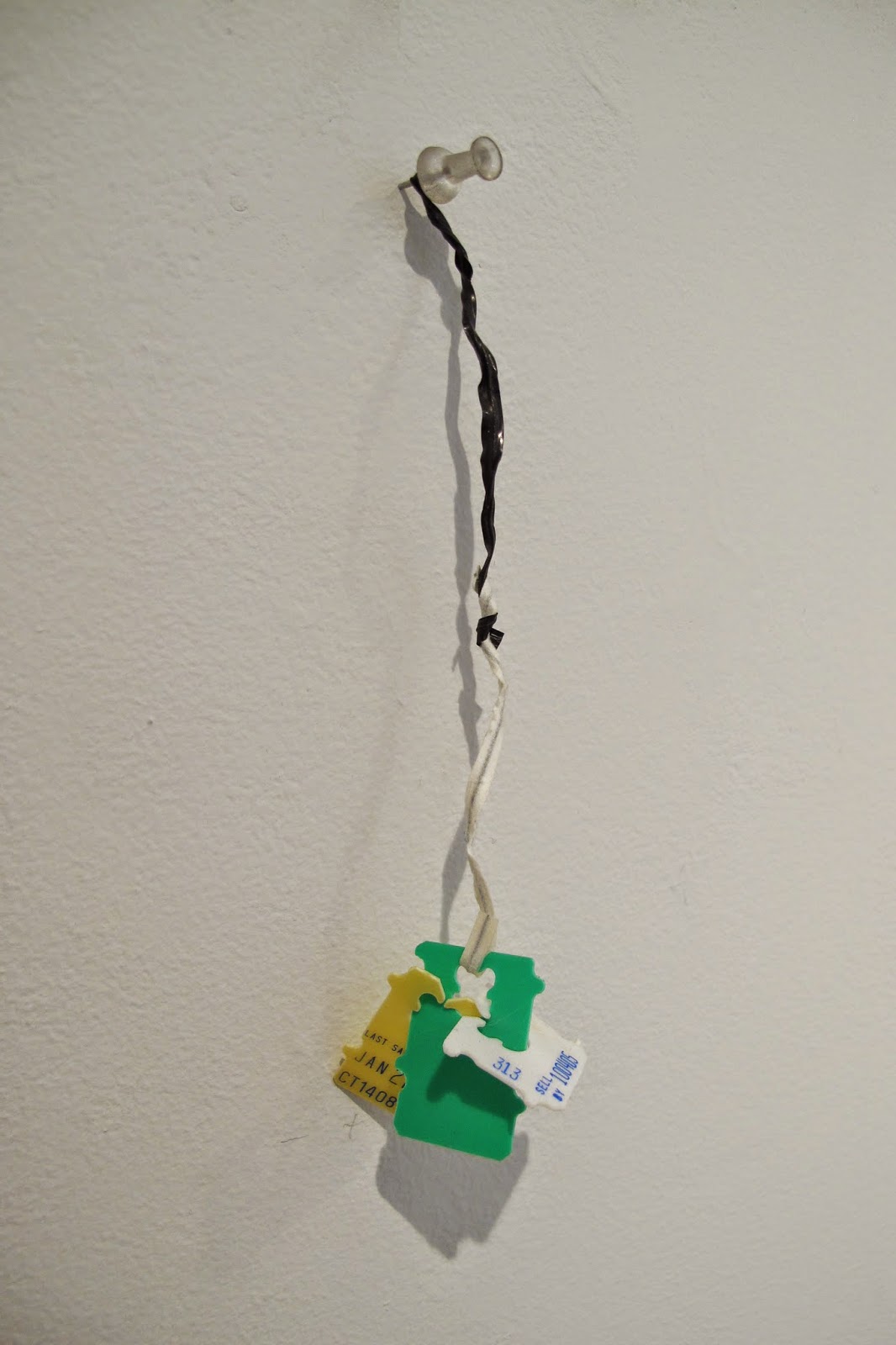 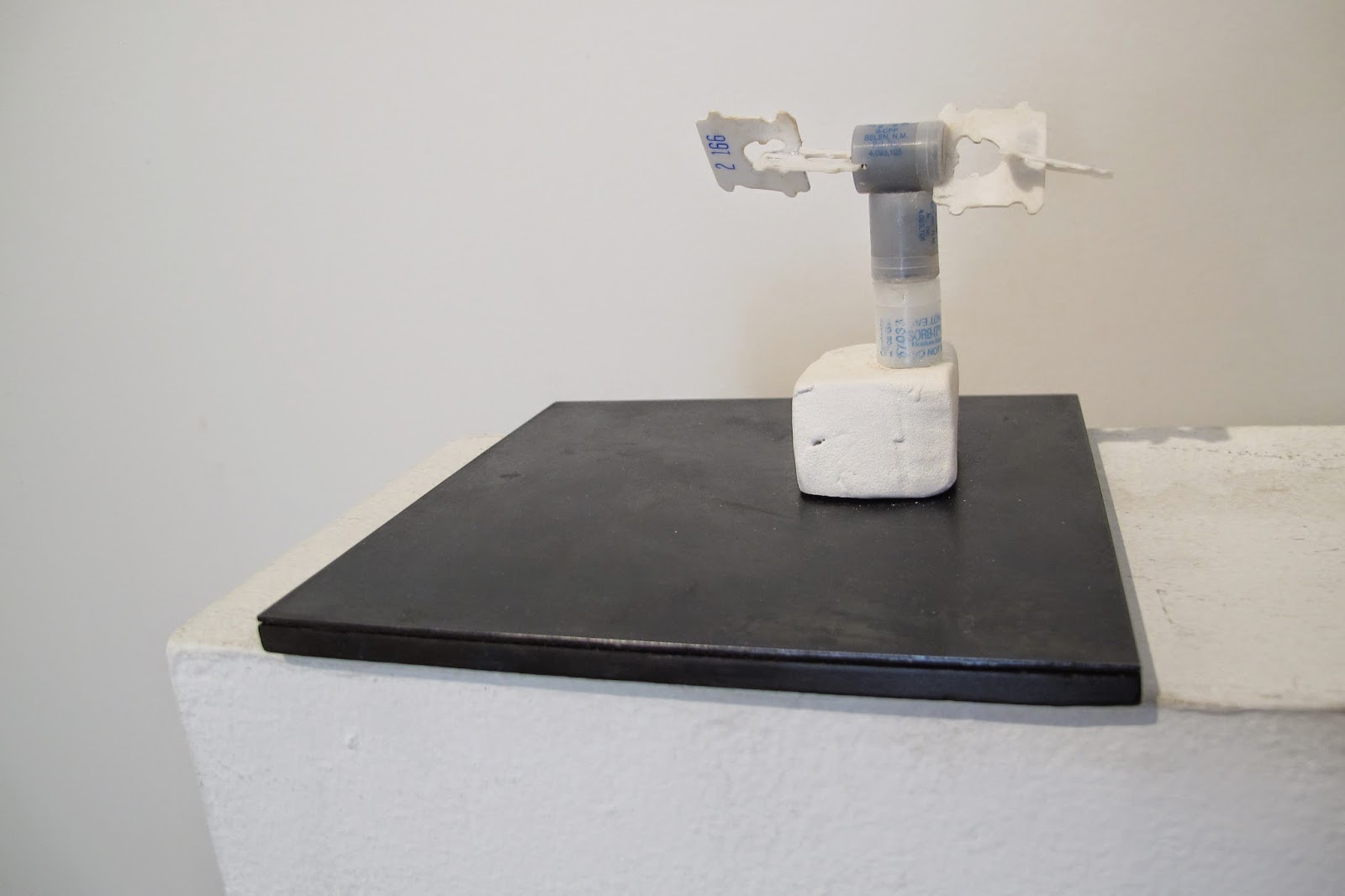 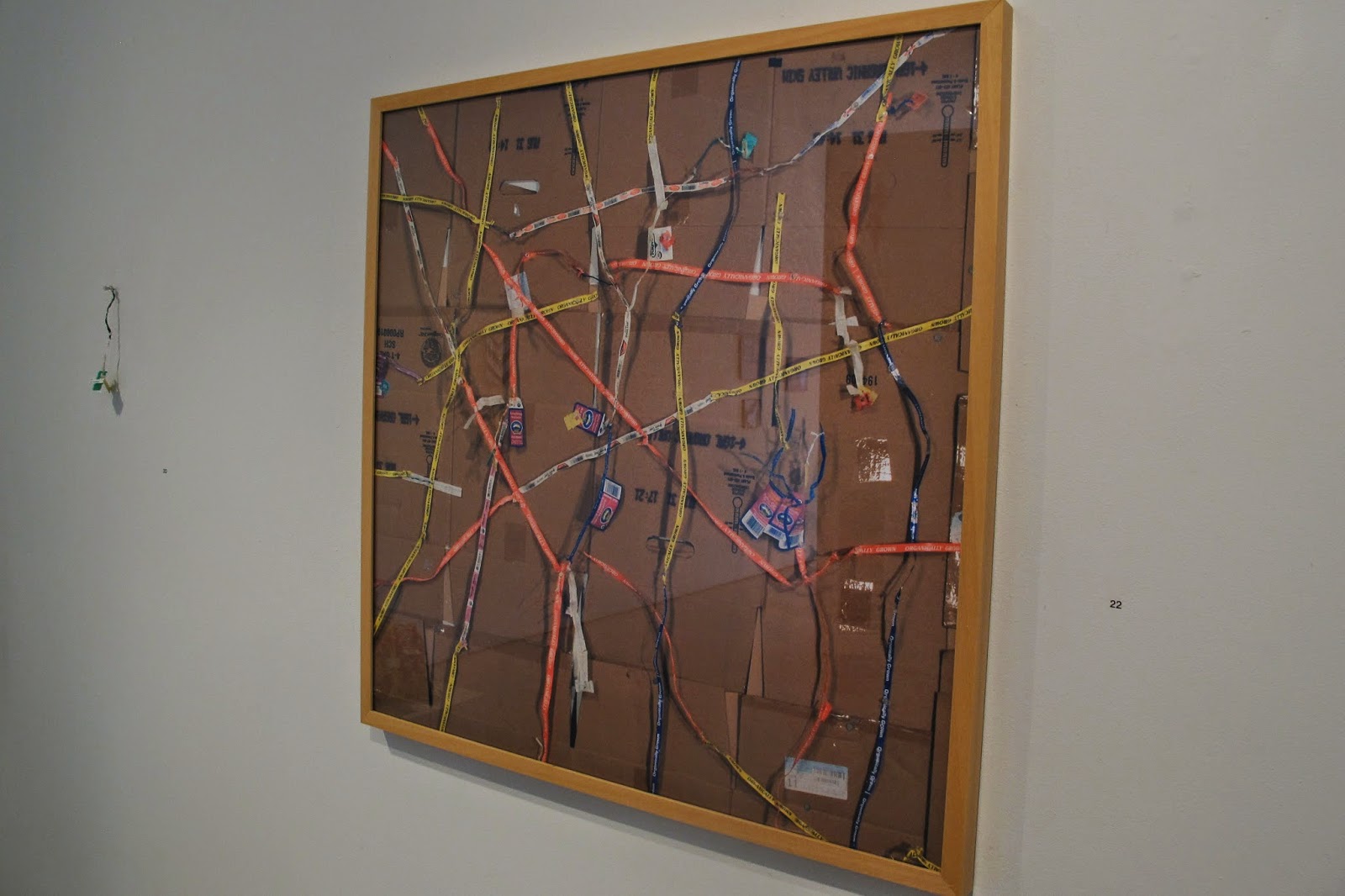 When first moving to Iowa City, I began as a part time working member of the food Coop, primarily packing bulk items with labels, twists and ties etc. Although my concerns have for a long time been towards the social, political and the ecological, it occurred to me that I might recycle some of these items into sculpture with the irony and lack of purity that many of these materials are not necessarily, easily recyclable and with some of them having the label, Organic. This points out to me the inherent contradictions and impossibilities within the human condition. Also, a large factor especially as a sculptor is that my work in the past has been distinctly non monumental and although I have done large pieces and installations, these works relate in that they are even more purposefuly non monumental by their size and less laborious than much of my past work. Fitting in with the idea of whimsy, these works may be more effective, than my apparently more serious pieces. I plan on continuing this path, as an alternative.

Kowalski's work is in numerous public and private collections including: The Art Institute of Chicago, Museum of Contemporary Art, Chicago, the Indianapolis Museum of Art, Indiana and the Total Museum of Art, Seoul, Korea.  He is the recipient of grants from the Illinois Arts Council and National Endowment for the Arts. His Teaching experience in Chicago includes De Paul University 1966-1971 and the University of Illinois 1971-2002. Dennis Kowalski received his BFA and MFA from the Art Instutite of Chicago. He lives and works in Iowa City, Iowa.